What is Hoodia? A Natural Appetite Suppressant

So What Is Hoodia? Natural African Appetite Suppressant 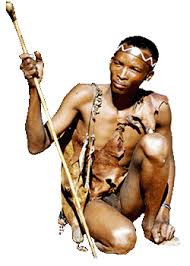 The Kalahari Desert in southern Africa is a harsh environment that is home to the Bushmen people. It is always a struggle to stay alive in conditions of temperature extremes (blistering hot by day, freezing at night), scant water, and scarcity of game that are found in this challenging region. Hunger is often a common condition with these people, but they discovered a way to suppress the pangs when on a hunting expedition, and this was to chew on the pulp from the stems of the Hoodia plant.


There are quite a few different Hoodias, but the one used to prepared appetite suppressant supplements is Hoodia gordonii, which is found throughout the region of southern Africa. Although this Hoodia looks quite a bit like a cactus, right down to a spiky exterior, it is actually a succulent. It was probably hunger that drove the Bushmen at some point to try eating what would otherwise not look like a very palatable plant, especially since the flowers smell like rotten meat. Undoubtedly, after a desperate experiment, it was found that the hunger pains abated and the people in the group were able to continue in their search for food more comfortably. Hoodia gordonii may help suppresses thirst.

During an anthropological expedition to the Kalahari Desert in 1937, it was discovered by the European researcher that the objects of his study, the Bushmen, used Hoodia to suppress their hunger. It was not until several decades later, however, that research into this succulent really began into the potential of this plant to aid with weight loss. Experiments with animals did seem to yield positive results, and further testing isolated an ingredient called P57. Although it was thought at first that Hoodia was simply broken down by the body’s metabolism, it has since been discovered that it will enter the bloodstream, allowing it to act on the brain’s chemistry.

Although the benefits of Hoodia in appetite suppression and weight reduction have not been subjected to rigorous scientific trials, investigation into the qualities of this plant is ongoing. Experiments with rats have shown that those animals that were given Hoodia did eat less than those that were not. It is thought that the active ingredient in Hoodia, P57, does affect the ATP (adenosine triphosphate)** to cause suppression of the appetite.

Breaking the cycle of continuous hunger and cravings while dieting is one of the most important steps to losing weight, and it is thought that Hoodia supplements could help with sensible weight loss. Informal trials with people who need to lose weight have shown that those who were given Hoodia rather than a placebo did eat substantially less!

Manage your weight with foods that suppress appetite/ hunger levels


**ATP is the smallest, transportable unit of energy in living organisms including plants, is produced during cellular respiration and is vital for life. ||

(ATP is a nucleotide that contains a large amount of chemical energy stored in its high-energy phosphate bonds. It releases energy when it is broken down (hydrolyzed) into ADP (or Adenosine Diphosphate). The energy is used for many metabolic processes. Hence, ATP is considered as the universal energy currency for metabolism.

ATP is produced via cellular respiration in the mitochondria and photosynthesis in chloroplasts. Its functions are for intracellular energy transport for various metabolic processes including biosynthetic reactions, motility, and cell division.

Need a healthy snack? Check this out