The truth about Teeth Whitening

The Truth about Teeth Whitening Australia

Much has been said about the dangers of certain home Teeth Whitening Australia kits. There have been talks of increased cancer risk, damage to teeth and gums and other side effects. However it is worth knowing more about how these kits work and especially how to use them safely.

The main concern tends to be the kits that contain peroxide. The first thing to emphasise is that this peroxide is not the same as can be found in types of household bleach. Some people have tried to whiten their teeth using this bleach and it is this that often causes serious damage to the mouth and is very dangerous.

Another thing to emphasise is the fact that it's not so much that a whitening kit contains peroxide per se but the concentration of the peroxide within the kit that really matters. Excessive amounts of peroxide in the whitening gel increase the risk of damage to the teeth and gums. 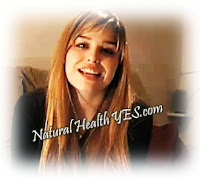 In order to avoid damage to your health you need to check the ingredients of the gel before you purchase it. Six per cent is shown to be both an amount that is effective in cleaning teeth but also crucially, is safer than using higher levels of peroxide concentration. If you have sensitive teeth you may want to consider using a non-peroxide tooth whitening kit as peroxide can potentially increase the sensitivity of teeth. Remember that you still need to carefully apply non-peroxide teeth cleaning gel as well!


If you are wondering why the amount of peroxide is important when comparing the different types of teeth whitening kits available then check this out: 10 to 20 per cent is generally considered the maximum amount of peroxide you can add without causing damage. The exception is that in some extreme cases a dentist may recommend using 44 per cent concentration. However this must be at the discretion of a professional dentist and this level must be prescribed and not used at home.

You also need to be careful when applying whitening gel. It should only be spread thinly and ideally the teeth should be properly guarded. This prevents any saliva mixing in and diluting the gel. Ideally the gel ought to be applied using an applicator for the most accurate results.

When using a teeth whitening kit you need to remember results will not be instantaneous. You will notice a difference after about half-an-hour but it will take several applications before you see a  'clearer shine'. This is also desirable to avoid the teeth whitening equivalent of a fake tan. It is better for the effect to be gradual and be more natural-looking than a sudden, overnight 'white-out'!

You can find various Teeth Whitening Kit products available. Remember to look for products with a low concentration of peroxide and for companies with a reliable track record. With a sensible approach you will get the best whitening for teeth but also ensure that your oral health is properly looked after!

"Shades of Pearly White: A Naked Smile has more impact than you think: it's the sexiest thing you can flash without getting into hot-water!
What's more, the Sunshine bounces right back!
Original Quote by NaturalHealthYES.com, 23-oct-2013 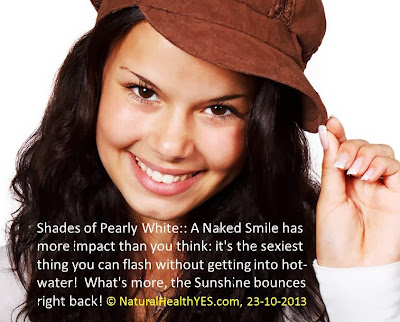