A Review of 'The Coconut Diet' 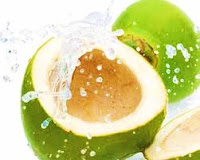 Some people are willing to sell anything and this is why some bad ideas are actually launched on the market, much to the dismay of unsuspecting customers who are duped by the hype and advertising.

One such bad idea is the Coconut Diet, which is yet another of those diets that add some kind of miracle ingredient to a strict eating program and hope that everything turns out great. The magic ingredient in this case is the coconut oil and its metabolism boosting capacity. It seems that coconut oil can be rapidly burnt by the body, despite the fact that it is rich in saturated fats.


This coconut diet is in fact a regular low-carb diet, very similar to the Atkins diet. During the first stage of the diet, users are not allowed to eat any kind of carbohydrates and must do with lean foods, such as eggs, nuts, cheese, fish, chicken, turkey and drink up to 10 glasses of water per day.

They also have to swallow two to three tablespoons of coconut oil per day. The first stage lasts for three weeks, only to be followed by an optional detox stage. This stage lasts for four weeks and focuses on cleansing the liver, kidneys, gallbladder and colon through certain interesting means (such as drinking water mixed with lemon juice and olive oil).

The third stage of the coconut diet is the reintroduction of carbohydrates in the daily eating plan. Starting with fruit, wholegrains and potatoes, the dieter is once more allowed to eat carbohydrates. It is assumed that the dieter has lost more than 10 pounds by this point and still maintaining a weight loss pace of one to two pounds per week.

The fourth stage of the coconut diet means that even more carbohydrates are added to the eating plan, while still drinking coconut oil.

Unfortunately, the person behind this diet provides no sound explanation for the alleged positive influence of coconut oil on weight loss. While it’s true that coconut oil helps regulate the thyroid gland, it has a high amount of saturated fat.

In addition, it’s not very clear whether the coconut oil plays any kind of role in this diet, since the weight loss can easily be ascribed to the strict “no carbohydrates” eating plan. Most dieting experts and dietitians agree that access to saturated fats should be limited during diets, so it’s somewhat strange to see one that claims the opposite.