A Review of The Atkins Diet 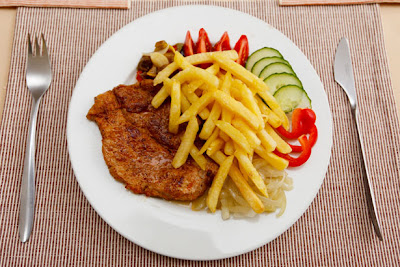 Can you say hype? If you’re living in any Western world country then you’ve probably heard of the famous Atkins diet. Whether this is the most successful diet ever or not it’s still up for debate, but it certainly is the more advertised one. The Atkins diet has been for a while the most hyped eating plan around and millions of people have tried it at some point or another. This is no exaggeration. It was estimated that more than 3 million people in the United Kingdom alone have tried the Atkins diet at the peak of the hype in 2003.

The basic idea behind this diet is that cutting down on the carbohydrates, while allowing people to eat high-fat food is going to work. One of the best things in favor of the Atkins diet was the fact that it allowed people to eat eggs and cheese and steaks. It sounds like a dream diet actually. Who’d pass up the chance of losing weight while still enjoying a good eggs and ham breakfast? Well, the downside is that you get no bread or salad with that steak. None whatsoever. Which becomes a real problem after a week or so. How much meat can you eat without touching any vegetables at all?

Anyway, the theory is that cutting out the carbohydrates will force your body to use the stored fat in order to obtain the energy needed through the day. This means that you get to eat no bread and pastries, potatoes, pasta, milk, rice, fruit, vegetables (well, there are a couple you can still eat) and, obviously, no junk food or soft drinks. On the other hand, you are allowed to eat red meat, fish, chicken, cheese, mayonnaise, cream, butter and eggs. This is going to be your only food for the first two weeks, which are called the Induction Phase.


The second phase of the diet is called Ongoing Weight Loss and it lets you increase the intake of carbohydrates by 5 grams per day, starting from the basic 20 grams per day stipulated by the Induction Phase. The user must find how far the amount of carbohydrates can be increased before the body is unable to lose between 1 and 3 pounds per week. This is called the Critical Carbohydrate Level for Losing Weight and this is where the amount of carbs stops growing. This phase is supposed to last until you almost reach the desired weight.

With 5 to 10 pounds left to shed it’s time to enter the third stage of the diet. This one is called Pre-Maintenance and it’s supposed to increase the carbs intake by 10 grams a day in order to slow down the weight loss process. Welcome to the world of 30 grams of pasta per day. The final phase is called Lifetime Maintenance and a lifetime of eating around 90 grams of carbs per day for the rest of your life. Moving from 250 grams or more to less than 100 grams and for the rest of your life could be quite a challenge for many people.

The side effects of the Atkins diet depend on the user. Some people did fine on this diet, some got infections of the kidneys from the high-protein content or heart problems from all the fat food they ate. Dizziness and general weakness are also to be expected as the body goes into starvation mode when denied carbohydrates. With high-fiber fruit and vegetables out of the way you can also expect constipation to become a problem. Also, the lack of many dairy products leads to a significant drop in the amount of calcium absorbed by the body and may cause osteoporosis or other bone conditions later on.