HAIR LOSS: What is DHT? 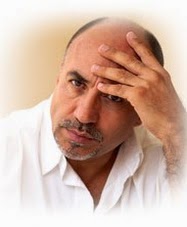 DHT is a hormone. DHT is directly related to and affected by the level of testosterone in the bloodstream. DHT blocks the growth of hair in men and is the cause of most baldness. And even though this is a male hormone, women also have a small amount that runs through their blood, some higher than others. When a female inherits hair follicles that are supersensitive to DHT, they start to lose hair just like men do.

The most important structure of a hair follicle is the dermal papilla, which is responsible for hair growth. DHT cause the hair follicle to shrink and restricts the follicles ability to produce hair growth. This is how DHT is responsible for about 95% of hair loss. In addition to all this, DHT tends to create a wax like substance around the hair roots and it is this accumulation of DHT in the hair follicles and roots that gives rise to male and female pattern hair loss.

DHT is responsible for more than just hair loss in males as well. It plays a major role in the growth of facial hair, the deepening of the voice during puberty, sex drive, and muscle growth. Because of the important role it plays in helping men look and act like men, the hormone cannot be completely blocked or eliminated in the body.

The production of DHT in the scalp is the primary problem for men and women experiencing hair loss, which means that it is actually possible to have plenty of DHT to keep your body in balance, while at the same time virtually eliminating hair loss as a problem.